A downloadable game for Windows

Play as a pony on her journey to survive and find clues about what lies ahead.

*This game contains imagery not suitable for children or those seeking to be  aesthetically pleased.

Both endings are... Messed up

So, hey there, I'm quite intrigued by this game, but I am having some trouble with these secrets, mind giving me a hint or two?

Hello SoftLava! I just finished playing your game and I'm still very impressed with what I've just played. I would like to express my great gratitude for all your work that you have put into this game. Seriously, this game is one of the best games in fandom that I have played in the last few years, something as strong after completing the MLP game I probably experienced only after passing "Story of the Blanks". I liked every aspect of this game, from the incredibly accurate atmosphere and style of "LISA", to the VERY large(for a game so small) variability and replayability. Also, although I'm not a big fan of Guro, I really liked the character design. And if the site where I found the link to your game is telling the truth, and this is really your first game, then it makes your final result even more impressive! I would also like to ask if it's not too much trouble for you to share your social networks so that I can track your further creativity. I honestly tried to find them myself, but either you're really nowhere to be found, or I'm just too stupid to find them. The only thing I could find was some kind of twitter account with no subscriptions, followers or any other activity (so I'm not really sure it's you). In any case, I hope that the creation of this game brought you as much fun as it brought me its passage! I wish you further creative success and good luck in everything!

P.S. English is not my first language, so I would like to apologize for any possible errors in the text that you may have encountered

P.P.S. I just found a thread on 4chan, dated late August. I noticed that some people didn't like some of the plot details(I think it's pretty clear which ones). So I would like to ask you not to listen to these people, and to do what YOU think is right. Listening to other people is undoubtedly important but following their opinions is not necessary 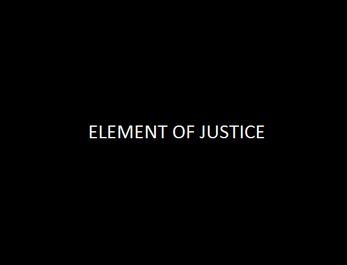